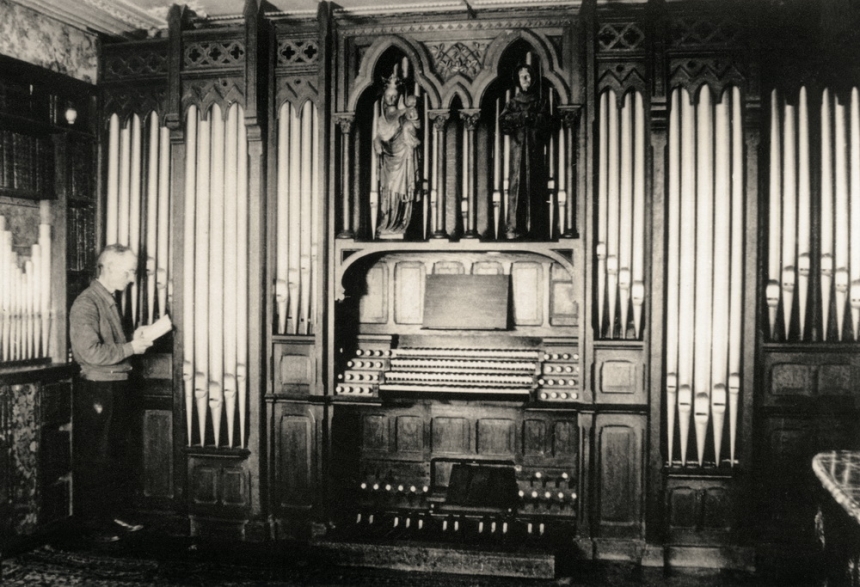 Albert Alain and his organ 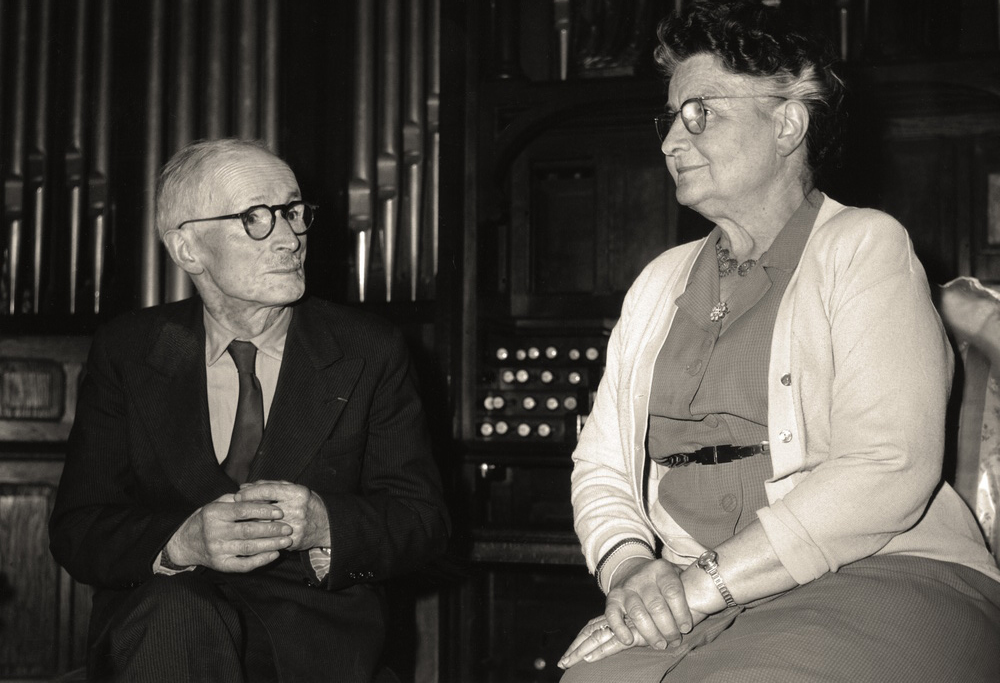 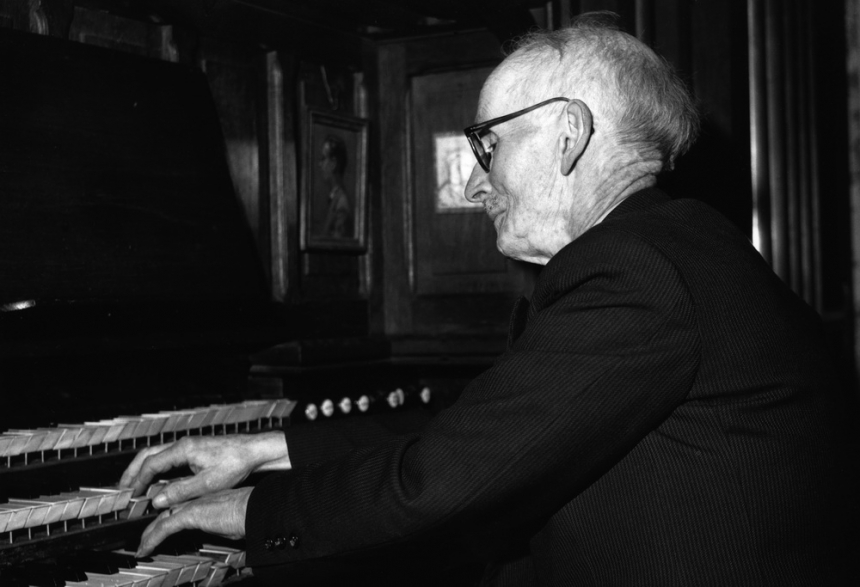 Albert Alain at the keyboard 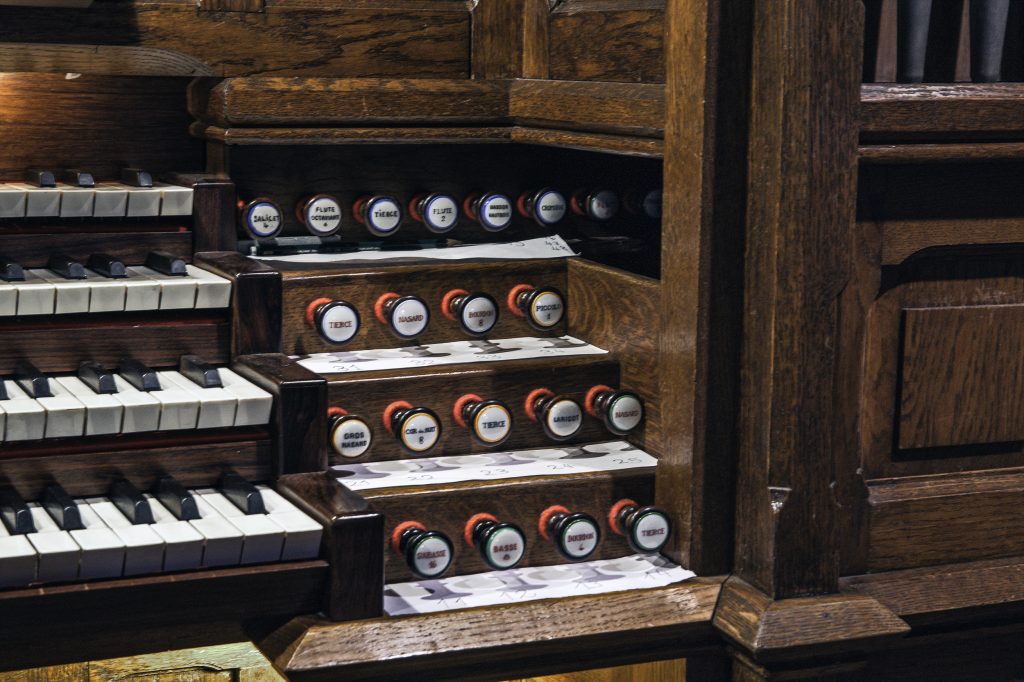 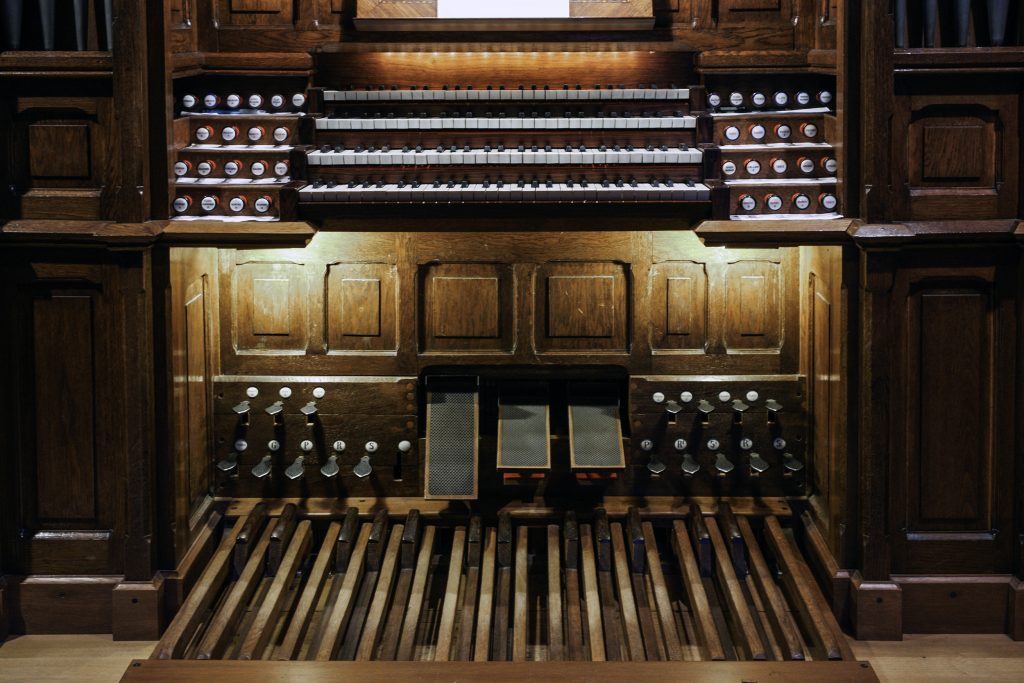 Our Organs at Romainmôtier The Alain organ in its new home

The Alain instrument with its unique technical and musical features, could be impeccably restored by the Manufacture d'Orgues de Saint-Martin (Neuchâtel, Switzerland).
With its 4 manuals, 43 stops and 2395 pipes, it is now located in the attic of the Grange de la Dîme at Romainmôtier, one of the buildings of the former Romanesque abbey complex.

The Tagliavini organ (3 manuals and pedal) was given to us by L.F. Tagiavini, who had it built in 1990 by the Kuhn organ company for his house at Portalban (near Fribourg). It has been replaced in the St Michel's chapel above the narthex of the Abbey church.

Presentations of the instruments are organized, during the warmer season, every Sunday at 4 pm, when there is a concert in the Abbey church at 5 pm.

The Alain organ, a remarkable instrument, was built by Albert Alain, father of Jehan, Olivier, Marie-Claire and Marie-Odile. He worked on it during his whole adult life, from 1910, with a unique talent for new technical ideas, recuperation of used material, and an amazing musical flair.
After his death in 1971 it was not possible to keep the family home at the rue de Pologne 46 in Saint-Germain-en-Laye. A first request to the City of Saint-Germain was filed by the family in 1973, but the city refused to take over the instrument. In the same year 1973, the French commission for non-historical organs also refused to protect and restore Albert's lifework.
There was hope for a solution at Saint-Donat, in the Drôme region, where Marie-Claire Alain was giving organ masterclasses every summer : the organ could perhaps be rebuilt in the Palais Delphinal. The instrument was dismantled in a hurry by the workers of the Haerpfer-Ermann organ company : mechanical parts cut with unadequate tools, paper windcanals thrown away, etc., all this in front of a photographer who took ample documentation of the destruction.
The rest of the organ was brought to Saint-Donat, where it was very badly stored during 11 year in impossible conditions. During this time, several parts were stolen.

In Spring 1985, during a memorable meeting in Stuttgart, where their paths were crossing by accident, Marie-Claire gave the organ to Guy Bovet, who promised to start a society in order to revive the instrument. The trip from Saint-Donat to Switzerland was made in a truck of the large retail company Migros, under several layers of cases filled with strawberries and took place on April 17, 1985. Finally, the organ landed in the shop of the Manufacture d'orgues de Saint-Martin (Neuchâtel), then still under the leadership of the famous organ builder Georges Lhôte. The Jehan Alain society was founded in 1987 and immediately started the fundraising. Finding a suitable place for the instrument also took some time. The room is a beautiful attic in the building called « Grange (or Maison) de la Dîme », next to the Romanesque Abbey of Romainmôtier.

The inauguration was celebrated in June 1991, and Marie-Claire Alain was extremely happy of the work performed by the organ builders. She said that Albert's organ had never worked so well, and that it kept its unique sound quality.

Except for the key action, which had been destroyed, but could be exactly rebuilt following the drawings of Albert Alain, the organ is now in its original state. However, three exceptions were decided upon restoration :

Although these changes could be considered as historical, they generated some confusion, especially when playing Alain on the organ. On one hand, one had constantly to explain that when Alain writes Récit, one has to play Solo, and those who played the 3d manual were landing on sounds that Jehan had never heard. Another, even more confusing handicap was that the players wanting to play Alain on I-II-III according to the score had to play I-II-IV, jumping over the 3d manual, which was most uncomfortable.
We thus decided to switch the manuals III and IV and to put the former Récit back on the 3d position ; the newer Bombarde manual went to the 4th position, which is more logical, since this division often completes the GO or the pedal. One thing, however, we could not do, was giving back their original names to the divisions : the Récit of Jehan Alain has retained its newer name of Solo, and Albert's Bombarde is still called Récit. We would have had to change the entire stop action ; so we left the stopknobs where Albert Alain has put them. It does generate some confusion, especially for the position of the stopknobs in the console, in relation to the manuals. However, one can argue that the confusion existed already, because of the numerous stops added by Albert after the organ was finished, and for which he didn't find any logical space at the console. 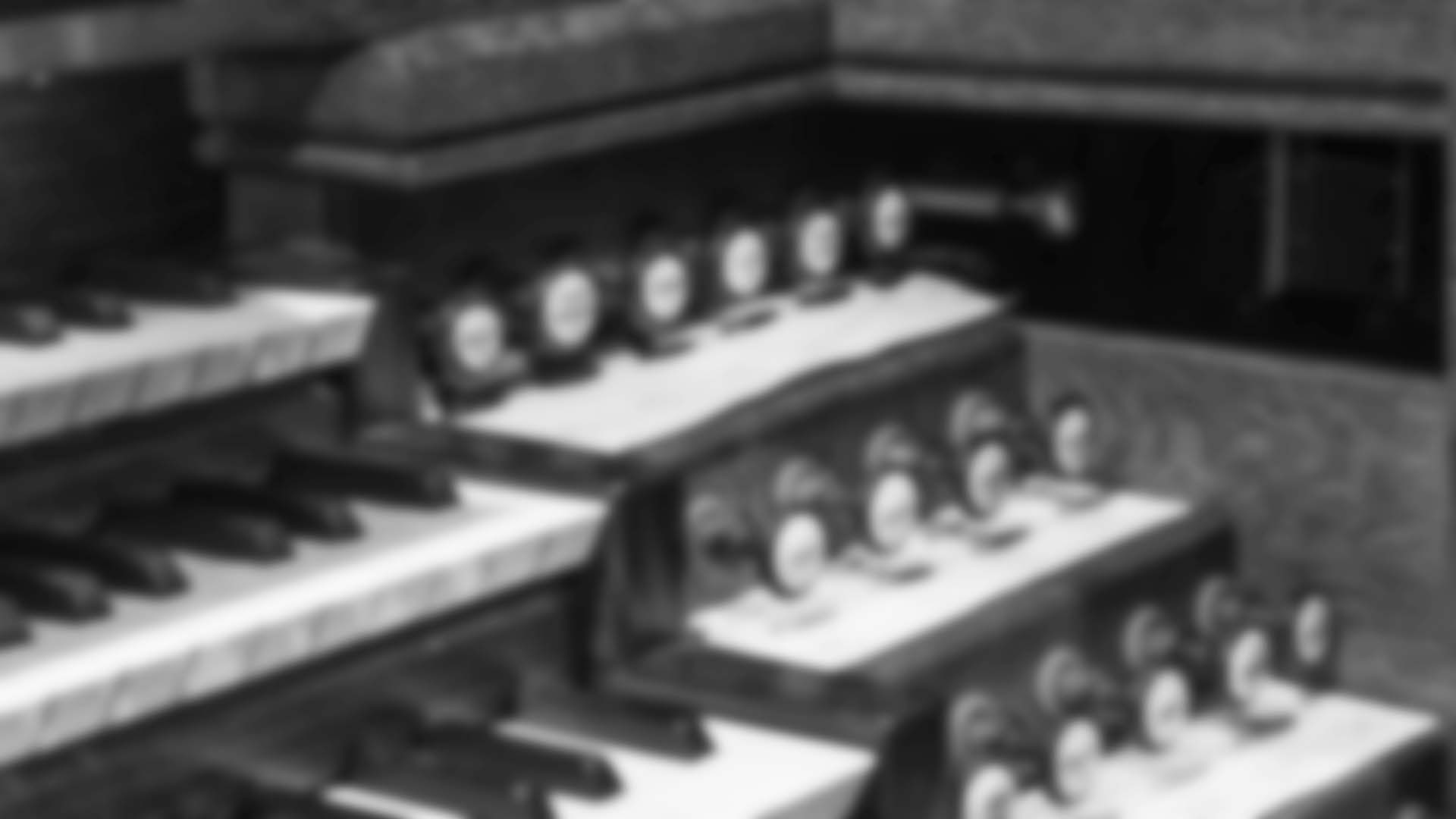 Disposition of the Alain organ